Until next Sunday (24th), the city of Cachoeira in Recôncavo Baiano will host the first edition of the International Film Festival: Finisterra Film Art & Tourism Brasil Afrobarroco. The event is promoted by the Hansen Bahia Foundation (FHB) in partnership with Santa Casa de Misericórdia de Cachoeira and is supported and sponsored by the State Government through the Ministry of Tourism (Setur) and Bahiagás.

The site of major cinema and audiovisual productions, National Monument City is distinguished for its historical and cultural preservation and is therefore chosen as the headquarters of the event. The aim is to more effectively integrate these other destinations in Bahia into the international itinerary for cinema and audiovisual productions and to promote the strengthening of the economy, culture and tourism development in the state. “In Hollywood you have to perform with sets, while here in Cachoeira we have locations that don’t require scenography, which is financially more beneficial for the production. The Finisterra Festival brings as differentiation the technical and artistic composition to show this potential for local culture and tourism. The actor or actress is not in the foreground here, but above all natural beauty. And that’s what attracts people,” stressed Carlos Sargedas, Executive Coordinator of the Festival, Portuguese filmmaker and director of the Arrábida Film Commission.

For the Secretary of State for Culture, Arany Santana, it is very important that this festival takes place precisely in the Recôncavo Baiano. “Bahia is very rich in culture, and tourism cannot be limited to contemplating the landscape, tourism is also culture,” says the secretary, who also announces the Secult project “Bahia Films Locação”, launched in March this year. Year.

“Cachoeira is a cultural source and naturally has a tourist vocation given its geographical location and the natural beauties that surround it, since it is a sister city of São Félix. For all these reasons, the Arrábida Film Commission, which already hosts the event in Portugal, in the city of Sesimbra, has agreed to host it here with us this year,” said FHB Director Vanessa Dantas. 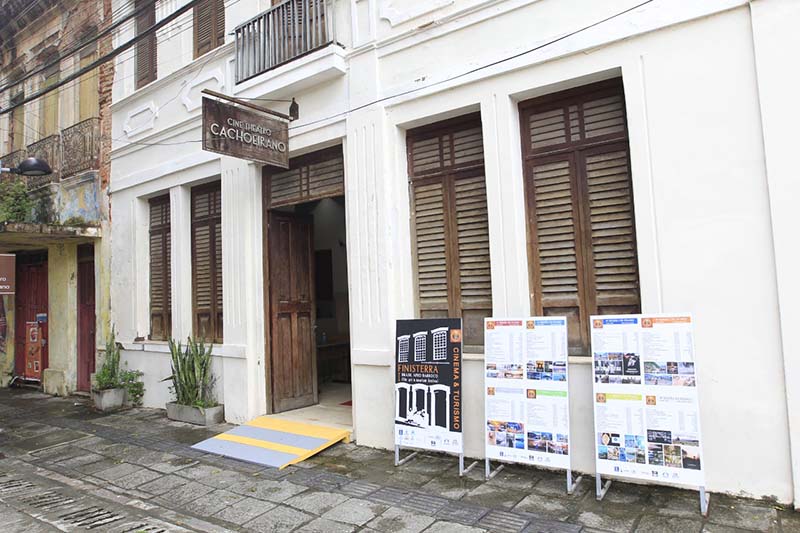 Finisterra, held in Europe ten years ago, also promotes cultural exchanges between Bahia, Brazil and the world. Representatives of the culture and tourism sectors of cities such as São Félix, Itaparica, Cairu, Cruz das Almas, Santo Antônio de Jesus, Muritiba, Valença and Saubara will take part in the event, which will also bring together several professionals specialized in cinema and tourism segments of different countries such as Greece, the United States and Portugal as well as students and lovers of the seventh art.

Setur’s Special Adviser, Fernando Ferrero, spoke of the importance of Finisterra at the time of the resumption of activities in the tourism and cultural sectors after the period of restrictions imposed by the pandemic. “The more events are held at this level, so that the historical importance of Cachoeira is recognized, the better for the strengthening of local culture and tourism.” Ferrero also highlighted the visibility that the Finisterra Festival brings to the audiovisual sector of the Recôncavo at the international stage allows.

Bahiagás Institutional Coordinator Nívia Cohen celebrates the event. “It is an honor to bring our sponsorship to this important project for Bahia, given the diversity of the interior of the state and the potential for the spread of this cultural movement. Cachoeira is a cultural center and deserves this gift”.

The program of the festival has a multicultural character and, in addition to the Afrobarroko procession, includes film screenings, conferences and lectures, art and literature exhibition spaces, craft fairs and products from the family farm, book presentations, cinema and educational workshops that allow participants to discover artistic, folkloric , religious and cultural manifestations of the Recôncavo da Bahia.

Activities began on Tuesday (19th) with tributes at Cachoeira City Council for the birthday of artist Hansen Bahia, who would be 107 years old, and the 46th anniversary of the FHB. The first screening of the competition films took place on Wednesday (20th) at the Cine Theatro Cachoeirano, where the official opening of the event also took place.

Also of note is the audiovisual commemorative exhibition Museu Roque Araújo, installed in the Cachoeira Cultural Station and open to visitors during the festival. The producer and contemporary filmmaker by Glauber Rocha, also honored in the program, has more than 60 years of cinematic experience and is one of the most important names in the history of the seventh art in Bahia.

Recôncavo productions compete for the price

Around 170 films from 33 countries were submitted to the screening. Among them, works by local directors represent Bahia and the Recôncavo, with productions from São Félix, Itaparica, Cairu, Cruz das Almas, Santo Antônio de Jesus, Muritiba and Saubara. An international jury will award prizes to 30 of them in 19 categories. The award trophies were made by Cachoeira artist Billy Oliveira, who has been a resident of Cachoeira for over 30 years, affirming the appreciation of the art produced in the region. 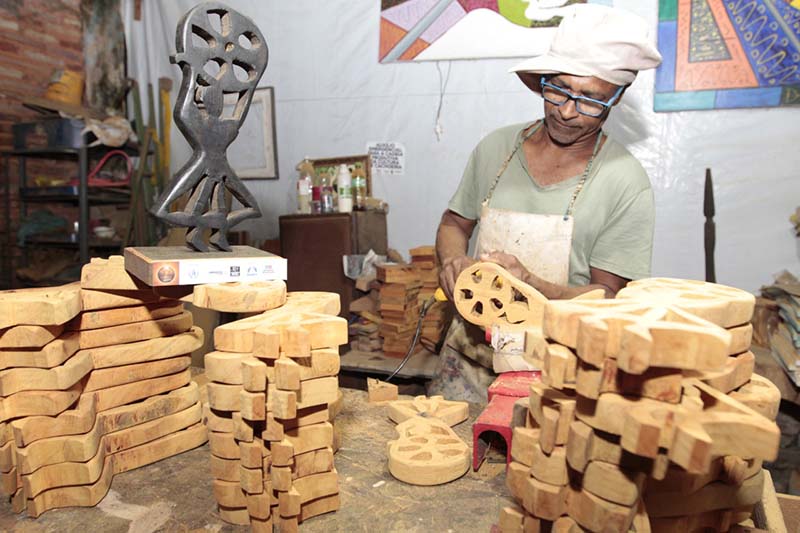 Vinícius de Queiroz, film student at the Federal University of Recôncavo Baiano (UFRB), talks about his experience at Finisterra. “I find the films shown very interesting. They are visually and aesthetically beautiful. It’s very good because it’s films from other regions that we don’t have access to on a daily basis, like productions from Croatia, Sweden, Israel. It is also important how Finisterra manages to connect the local community to the event.”